This aluminum P 38 military bellytank is the real deal. This is the big P-38 drop tank. Not the small one. This is the best one to have for land speed racing. Or, use it for your plane.

This is what Old Crow has to say about this tank:

“This is the P-38 Aluminum Drop tank from WW2. The Large P-38 that is Aluminum with bolt together flange. Yes, the real deal. This is the tank that 95% of all the post war Lakesters were made from. Bill Burke is the man that is credited for being the first to take a surplus airplane bellytank and make a land speed race car out of it. After the war, they were cheap and very aerodynamic. Bill and several others built cars out of these tanks from 1946 on. I spoke with Bill Burke and he told me that he would go to the surplus salvage yard and pick out 2 droptank bottom halves, as the top half had a large fuel filler cap on the nose and that didn’t look good. So this auction is very unique in the fact that you are bidding on 2 Bottoms, just the way they were made back in the day.

But, if you want a top and a bottom, we could trade one of the bottoms out for a top; that way you can have that if you wanted.

To say these tanks are rare would be an understatement. I actively searched for one for 10 years and never found any, until just last year when I found 2. (Go figure).
I’m keeping one and selling the other to fund racing.

This tank would be perfect for a restoration, re-creation or a new race car. “

This is ready to make into a SCTA, Southern California Timing Association, race car for Bonneville Salt Flats Speed Week, or El Mirage.

You can race it on the East Coast at The Maxton Mile, www.ecta-lsr.com, or in Texas at the Texas Mile, www.texasmile.net. Or, even in Maine at Loring, www.lta-lsr.com.

This is the best body to start with.

Good luck in following the dream to Bonneville. 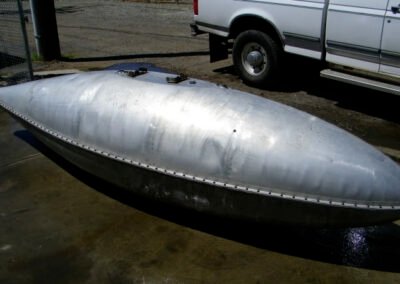 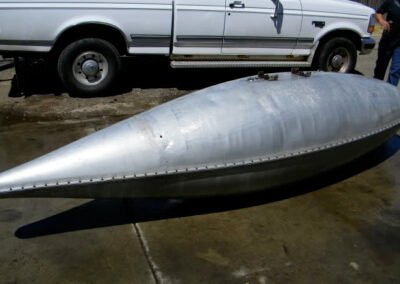 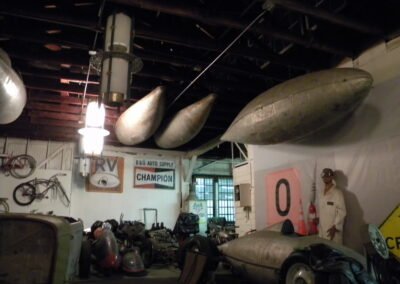 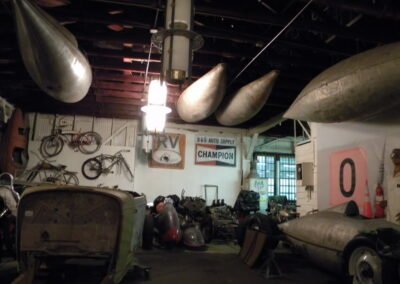 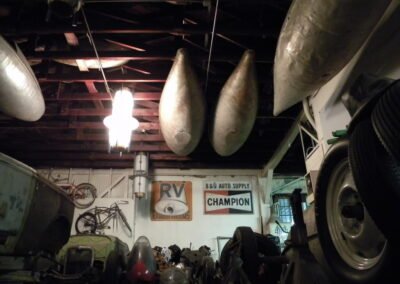 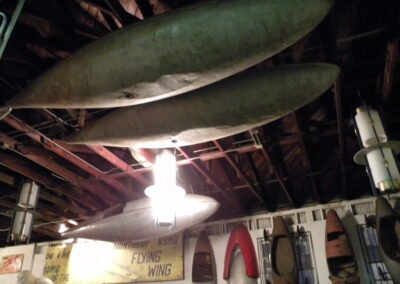 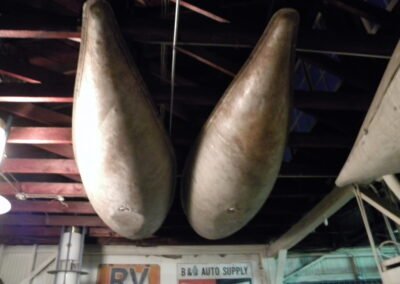 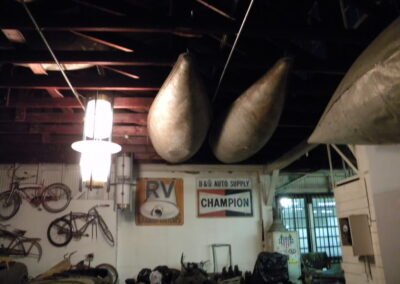 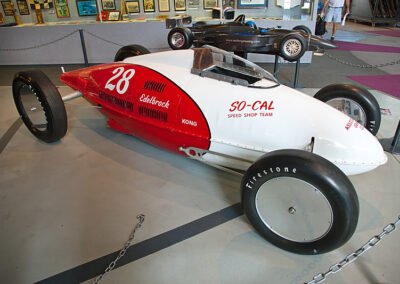 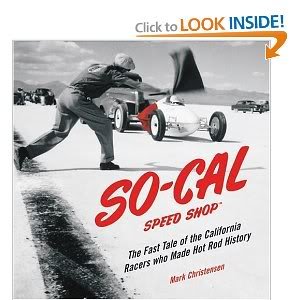 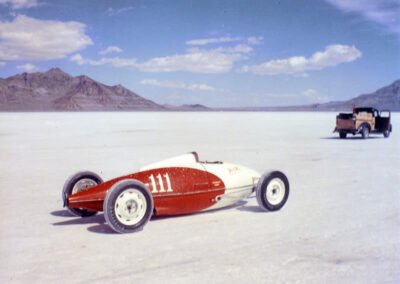 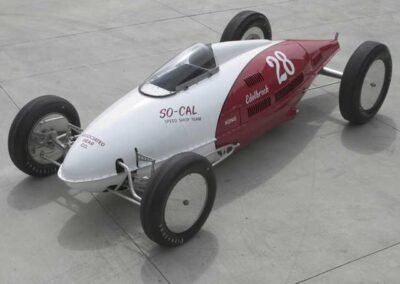 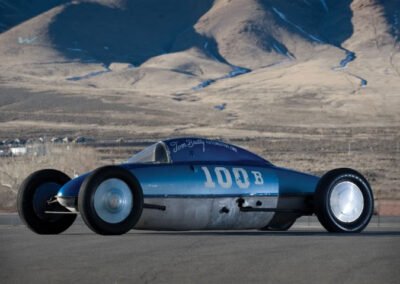 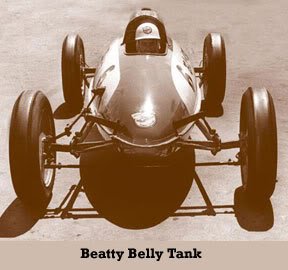 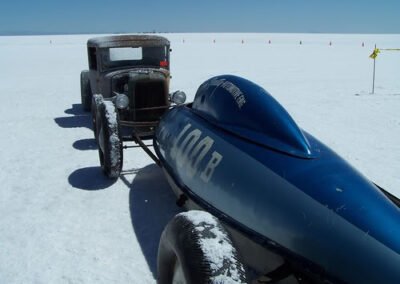